Find the best deals for Ottawa Super 8 Motel By Wyndham

About Super 8 Motel By Wyndham Ottawa 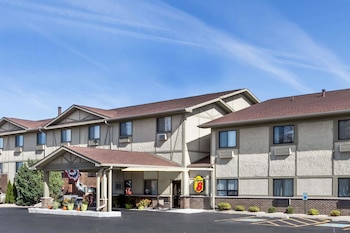 Free Breakfast, Free Wi-Fi And An I-80 Freeway Location Two Miles From Ottawa Bring Travelers To The Non-Smoking Super 8 Ottawa Starved Rock. The Non-Smoking Super 8 Has 52 Rooms In A Three-Floor Building. Rooms All Come With Free Wi-Fi, Coffee/Tea Makers, Microwaves, Mini-Fridges And Flat-Panel Tvs. Suites With Sofa Beds And/Or Jetted Tubs Are Available. Get Up In The Morning And Roll Up On The Free Breakfast With A Rotating Menu Of Cinnamon Rolls, Waffles, Fruit, Cereal, Bread, Yogurt And More. The Hotel Also Has A Coin-Op Laundry And Free Parking. The Super 8 Is Off I-80, Two Miles North Of Ottawa And The Illinois River And Eight Miles East Of Starved Rock Nature Preserve. The I-39 Freeway Is 12 Miles West. If You'Re Coming From The Chicago Metro Area, The Hotel Is 78 Miles Southwest Of O'Hare International Airport And 81 Miles Southwest Of The Loop. Priceline Guests Give Kudos To The Clean Rooms, Free Breakfast And Friendly Staff At This Super 8. 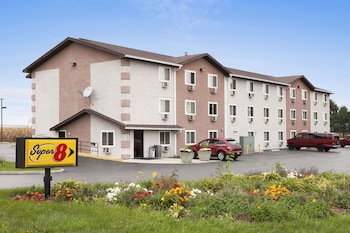 Easy I-80 Access Complements Perks Like Free Wi-Fi And Breakfast At The Super 8 By Wyndham Peru Starved Rock State Park. All 61 Rooms At This Three-Story Super 8 By Wyndham Peru Starved Rock State Park Come Furnished With Free Wi-Fi, Cable Tv, Microwaves, Mini-Fridges And Coffeemakers. Non-Smoking Rooms Are Available. The Hotel Offers A Free Continental Breakfast Each Morning. An On-Site Coin-Op Laundry And Vending Machines Are Also Part Of The Handy Mix. The Front Desk Is Available 24 Hours A Day And Offers Photocopy Services. On-Site Parking Is Free, And Pets Are Allowed For An Additional Fee. Off I-80, This Super 8 By Wyndham Is Located Within A Five-Minute Walk Of Several Quick Bites And A Half-Mile East Of The Peru Antique Mall. Enjoy An Outdoor Setting On The Illinois River 10 Miles Away At Starved Rock State Park. Guests Find The Canyons And Trails Of Matthiessen State Park, 12 Miles West, While Quaint Cafes Dot The Downtown Area Of Lasalle Four Miles South. The Hotel Is 73 Miles North Of Central Illinois Regional Airport And Less Than A Two-Hour Drive West Of Chicago Sites. 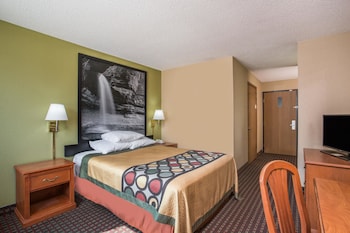 Free Breakfast And Wi-Fi Top The List Of Expectation For Our Guests At Super 8 By Wyndham Motel Mendota, Located Conveniently Off Of I-39 Between Rochelle And Peru. The Two-Story, 43-Room Hotel Makes Staying In Touch Easy By Providing All Guests With Free Wi-Fi. Enjoy Your Morning Cable Tv Program With A Cup Of Fresh-Brewed Coffee From Your In-Room Machine Before Heading To The Free Breakfast Of Cinnamon Rolls, Fresh Fruit, Waffles, Yogurt And More. Don'T Leave Your Best Pal At Home — Pets Are Welcome, And Parking Is Free. The Hotel Is Just Off Of I-39. Some Dining Choices Are Within Walking Distance, And A Greater Variety Can Be Found In The Town Center, A Five-Minute Drive Away. The Peru Mall, About 20 Minutes Away, Has Big-Name Shopping Plus A Movie Theater. The Amtrak Station Is Three Miles Away. Lake Mendota Park Offers Recreation And Fresh Air, Is Just Four Miles Away. For The Outdoors On A Bigger Scale, Head To Starved Rock State Park And Nature Preserve, A 20-Mile Drive; Or Swing A Club At Mendota Golf Club, Five Miles From The Hotel. It'S 88 Miles To Chicago O'Hare International Airport.

The Super 8 By Wyndham Morris Offers Our Guests Free Breakfast And Wi-Fi And Convenience To The Historic Town Center. The Two-Story, 59-Room Hotel Has Free Wi-Fi For All, So Bring Your Favorite Electronic Devices. Rooms Have Mini-Fridges And Microwaves For Ease Of Snacking, Plus Coffeemakers For A Caffeine Boost When You Need One. Keep Your Suitcase Light And Recycle Your Outfits With The Help Of The Guest Laundry. Rolling Out Of Bed In The Morning Is A Little Easier When You Know There'S A Free Breakfast Waiting — This One Has Fresh Waffles, Cereal, Cinnamon Rolls, Yogurt, Fruit And More. There Is Free Parking, And Pets Are Allowed. The Hotel Is Off Of I-80, Just Two-And-A-Half Miles From Morris' Historic Town Center. Your Choice Of Restaurants Is Within Easy Walking Distance Of The Hotel, Including Familiar Names, Fast Food And Family Dining. Visit The Quaint Town Center For Antiquing And Boutique Shopping, Or Raise The Stakes At Harrah'S Casino, A 20-Mile Drive. Spend Some Time Hiking, Fishing And Bird-Watching At Goose Lake Prairie State Park, 10 Miles Away. It'S 61 Miles To Downtown Chicago And 63 Miles To Chicago O'Hare International Airport.

Free Breakfast And Wi-Fi Top The List Of Expectation For Our Guests At Super 8 By Wyndham Motel Mendota, Located Conveniently Off Of I-39 Between Rochelle And Peru. The Two-Story, 43-Room Hotel Makes ...

The Super 8 By Wyndham Morris Offers Our Guests Free Breakfast And Wi-Fi And Convenience To The Historic Town Center. The Two-Story, 59-Room Hotel Has Free Wi-Fi For All, So Bring Your Favorite Electr...

If you planning to travel to Ottawa, Illinois, here is your 6-day travel weather forecast to make sure you have all the essentials needed during your stay. Start your day when the sunrises at 10:43 AM. The temperature feels like 43.25 with a humidity level of 64 so dress accordingly. Cloud coverage is 48 percent with visibility at 12.6 percent. Today’s UV index is 8, don’t forget the sunscreen if you need it! Today’s winds are traveling east at a speed of 7 MPH. At the end of the day don’t miss the sunset at 1:01 AM.