City Express Plus is one of the five differentiated brands managed by Mexico-based limited service hotel chain, Hoteles City Express (City Express Hotel). The hotel chain is targeted at domestic business travelers, offering high-quality and affordable lodging. It currently has 140 hotels representing more than 160,000 rooms in 30 states and 69 cities in Mexico, Chile, Costa Rica, and Colombia. 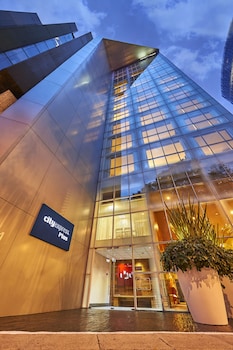 Offering A Fitness Centre, City Express Plus Satelite Is Located In Ciudad Satélite, Just In Front Of The Town Square. A Free Daily Continental Breakfast And Free Wifi Access Are Available.Each Room Here Will Provide You With A Cable Tv, Air Conditioning And A Private Bathroom With A Hairdryer And A Hot-Water Shower. You Can Enjoy City View From The Room. Extras Include A Desk.At City Express Plus Satelite You Will Find Free Shuttle Service And A 24-Hour Front Desk. Other Facilities Offered At The Property Include Luggage Storage And A Vending Machine.Benito Juárez Airport Is 20 Km Away. 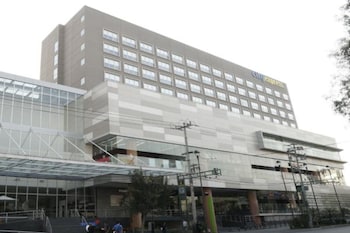 Offering A Fitness Centre And Free Breakfast, City Express Plus Patio Universidad Is Located 500 Metres From Plaza Universidad Mall And 1.5 Km From Parque De Los Venados Park.The Rooms Here Will Provide You With A Flat-Screen Tv, Air Conditioning And Cable Channels. Private Bathrooms Also Come With A Shower. Extras Include A Desk And Free Wi-Fi Connection Is Available Throughout The Property.At City Express Plus Patio Universidad You Will Find A 24-Hour Front Desk. Other Facilities Offered Include Luggage Storage, Business Facilities, Dry Cleaning And A Laundry.The Hotel Is 10 Km From Palace Of Sports, 7.5 Km From Us Embassy And 7.7 Km From Main Tower. Benito Juárez International Airport Is 13.5 Km Away. The Property Offers Parking At An Extra Cost. 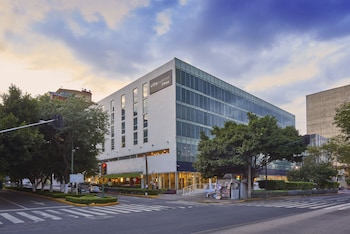 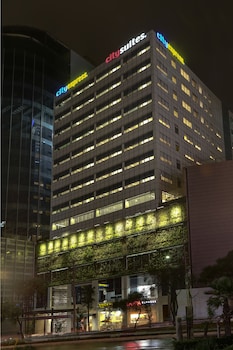 Offering A Fitness Centre, City Express Plus Satelite Is Located In Ciudad Satélite, Just In Front Of The Town Square. A Free Daily Continental Breakfast And Free Wifi Access Are Available.Each Room H...

This City Express Suites Santa Fe Is Located 1 Km From The Santa Fe Shopping Mall And 15 Minutes’ Drive From The Banamex Convention Centre. It Features A Gym, Tour Desk And Free Wi-Fi In All Areas.The...

Traveling to Santo Tomas, Mexico City, Distrito Federal, Mexico? Here is your 6-day weather forecast in the area. Whether it is a warm weather destinations or cold climate don’t forget to consider weather, while you pack your bags for this trip. Start your day when the sunrises at 12:17 PM and don’t miss the sunset at 1:13 AM. Today’s winds are traveling north-northeast at a speed of 9 MPH. The temperature feels like 66 with a humidity level of 57. Cloud coverage is 71 percent with 14.8 percent visibility. Today’s UV index is 9 make sure to prepare properly. Make sure to plan your travel itinerary to match your travel weather forecast to make the most of your vacation with Reservations.com.