Find the best deals for Luckenbach Super 8 Motel By Wyndham

About Super 8 Motel By Wyndham Luckenbach 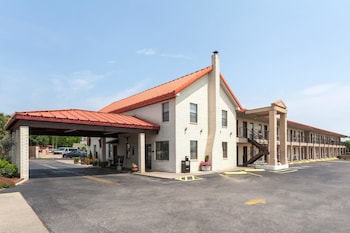 A Complimentary Breakfast, An Outdoor Pool And Rooms With Microwaves And Mini-Fridges Make The Super 8 Fredericksburg A Good Value Within Walking Distance Of Downtown Shops, Restaurants And Museums. The Low-Rise Super 8 Offers 62 Rooms With Conveniences Like Coffeemakers, Microwaves And Refrigerators — Kind Of Like Having A Mini-Kitchen In Your Room. Surf The Internet Or Check Your Email From The Comfort Of Your Room With Free, High-Speed Internet Access. Don'T Hit The Road Without Taking Advantage Of The Hotel'S Complimentary Breakfast. The Outdoor Pool Provides Cool Respite From The Hot Texas Sunshine. Copy And Fax Services Are Available On-Site. Pets Are Welcome. Parking Is Free. Non-Smoking Rooms May Be Requested. The Hotel Is Located On Highway 290, Two Blocks From The Town'S Shopping And Museum District, Where You'Ll Find Lots Of Dining Options, Including Several German-Themed Restaurants. Outdoor Enthusiasts Are Less Than 30 Minutes From Enchanted Rock State Park And Lyndon B. Johnson National Historic Park. If Golf Is Your Thing, Lady Bird Johnson Golf Course Is Less Than Four Miles From The Hotel. Events At Gillespie County Fairgrounds Are Four Miles Away. San Antonio International Airport Is 67 Miles. 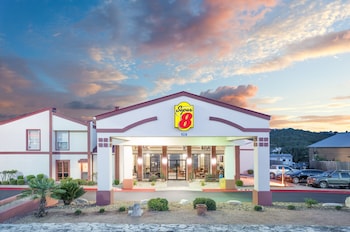 Kids Stay Free At The Super 8 By Wyndham Kerrville Directly Off I-10, Making It A Great Deal For Families On A Budget. Stay Up Late Returning E-Mails, Or Catch A Movie On Hbo, Before Curling Up In New Bedding In All 98 Rooms Of This Low-Rise Hotel, Where Both Wi-Fi And Wired Internet Are Free And The Tv Comes With Expanded Cable. All Rooms Also Come With Refrigerators, Microwaves, Coffeemakers And Dataports, And Non-Smoking Rooms Can Be Requested. Kids 17 And Under Stay Free, And If You'D Like To Bring A Pet, You Can Contact The Hotel In Advance. In The Morning Enjoy A Free Continental Breakfast And Then Nab As Many Lounge Chairs As You Need On The Generous Sundeck Surrounding The Free-Form Outdoor Pool. The Hotel Is Seconds Off I-10 And A Little Over Two Miles From Downtown Kerrville, A Lovely City On The Guadalupe River With Antique Shops, Galleries And Parks. Explore Native Flora And Fauna At The Riverside Nature Center, Three Miles Away, Or Learn About The Region'S Artistic Legacy At The Museum Of Western Art, Four Miles Away. Day-Trippers Can Experience The Cowboy Lifestyle At The Authentic Y.O. Ranch, 43 Miles Away, Or Pay Homage To The Heroes Of Wwii At The National Museum Of The Pacific War, Less Than 23 Miles Away. San Antonio International Airport Is 61 Miles From The Hotel.

A Complimentary Breakfast, An Outdoor Pool And Rooms With Microwaves And Mini-Fridges Make The Super 8 Fredericksburg A Good Value Within Walking Distance Of Downtown Shops, Restaurants And Museums. T...

Kids Stay Free At The Super 8 By Wyndham Kerrville Directly Off I-10, Making It A Great Deal For Families On A Budget. Stay Up Late Returning E-Mails, Or Catch A Movie On Hbo, Before Curling Up In New...

If you planning to travel to Luckenbach, Fredericksburg, Texas, here is your 6-day travel weather forecast to make sure you have all the essentials needed during your stay. Start your day when the sunrises at 11:43 AM. The temperature feels like 85.15 with a humidity level of 70 so dress accordingly. Cloud coverage is 47 percent with visibility at 15 percent. Today’s UV index is 12, don’t forget the sunscreen if you need it! Today’s winds are traveling south at a speed of 12 MPH. At the end of the day don’t miss the sunset at 1:45 AM.