On the surface, it seems that Americans need more of a break during the holidays. On the other hand, those surveys showed surprisingly higher levels of satisfaction than expected. In addition, productivity is affected by the holiday season but not as much as one would think.

A new survey run by Reservations.com shows that a full 27% take zero days off of work during the holiday season.

And less than 8% of those surveyed take 8 or more days off. 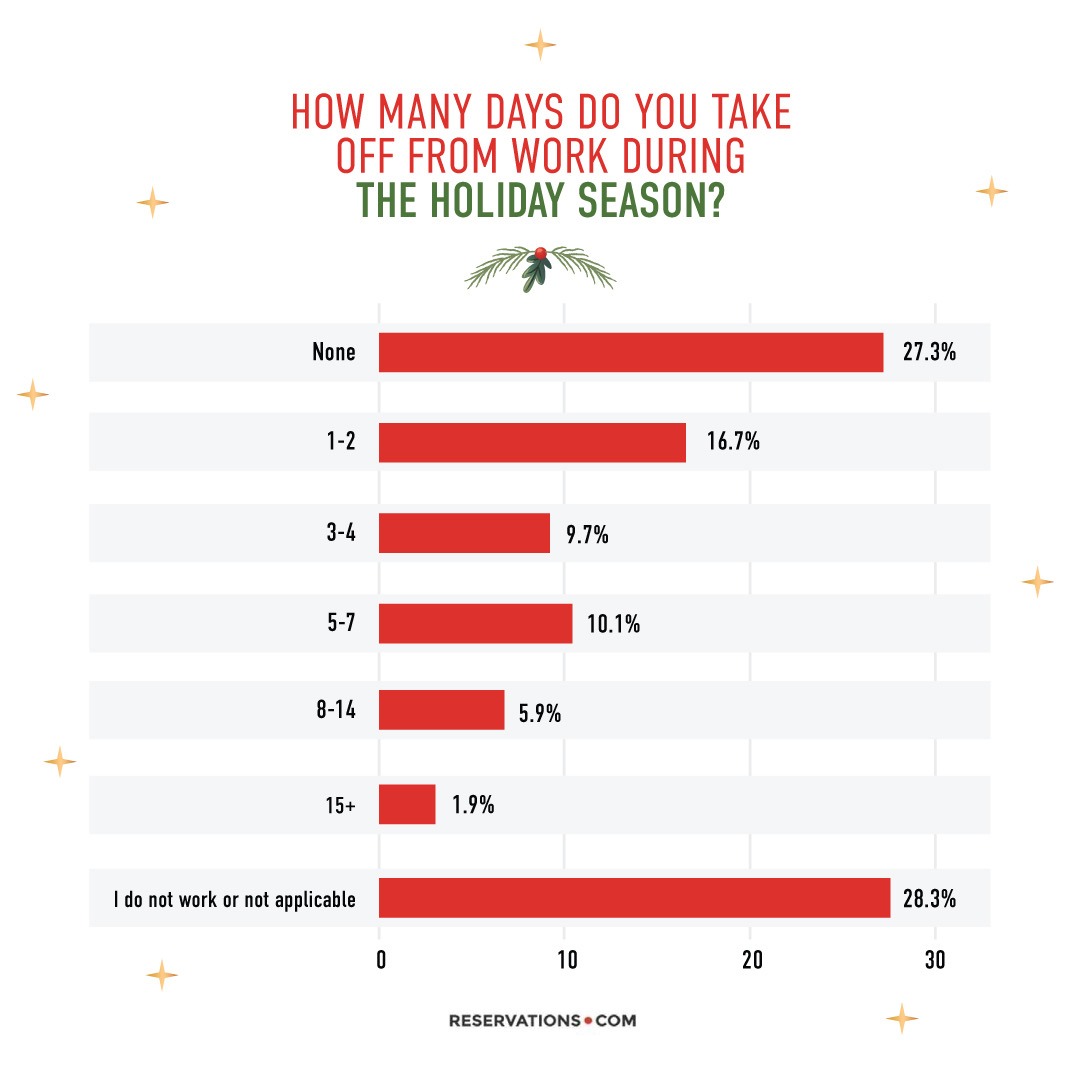 American workers are likely well aware that guaranteed vacation days are much less than in other developed countries such as Germany, France, and the U.K. Despite this, the number one response among those polled was “Very satisfied”, at almost 23%. When those who don’t work are removed from the survey data, this percentage works out to 45% of those who work are very satisfied.

Along these same lines, 64% of American workers are either very satisfied or somewhat satisfied with their vacation time provided by their employer. 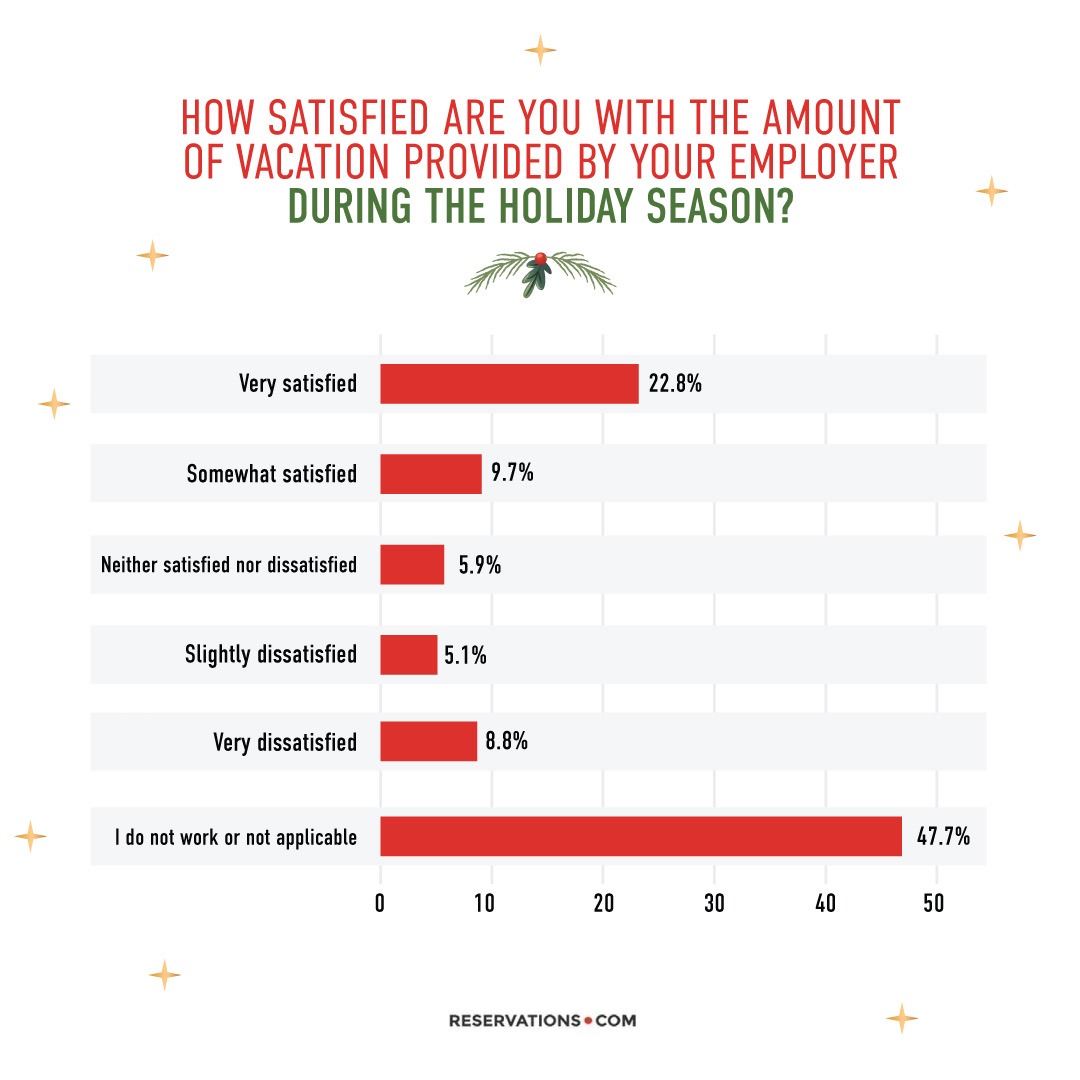 Finally, we were interested in uncovering how productivity increases or declines during the holiday season from December to early January.

One would assume that between Christmas shopping and holiday travel, workplace productivity would take a hit. On the flip side, you could take the perspective that vacation and travel would add a deadline to work that would require an increase in productivity.

The results were somewhat surprising.

25% of survey participants said they were less productive during this period. 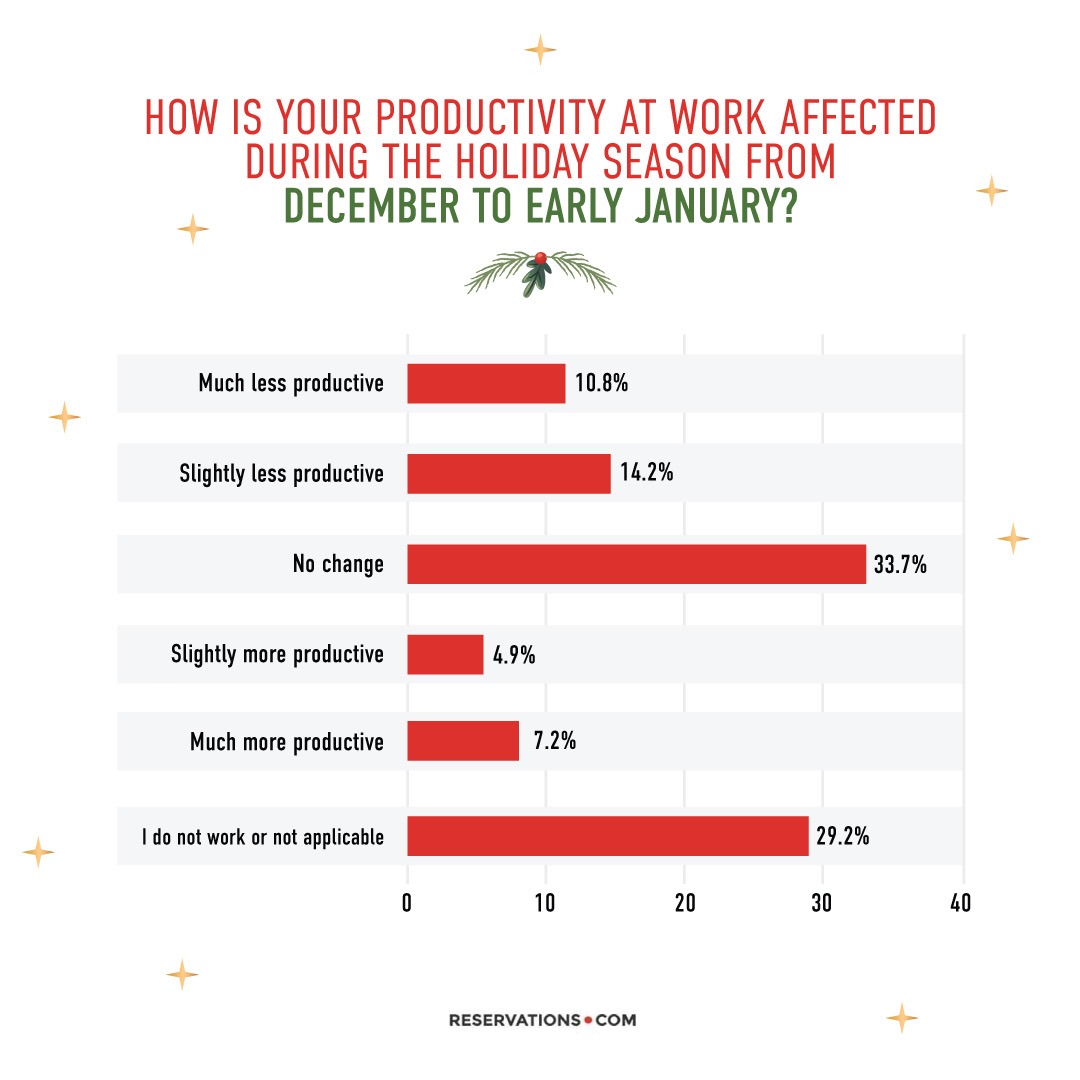 Overall, workers were more likely to be less productive than more productive during this season, which does line up with common-sense assumptions.

Perhaps the most surprising finding was the group that reported no change. About 33% of those polled reported no change in productivity during this period. You would expect that the holiday rush would cause some complications, but props to those focused workers carrying on as usual.

Reports from Nerdwallet, as reported on CNBC found that 45% of Americans are traveling for the holidays and are spending about $1,393 on flights and hotels. This should be taken into account when understanding the overall landscape of overall vacation time and travel taken by American workers.

The perfect holiday vacation time differs for everyone, and these surveys help shed some light on consumer holiday trends for 2019 and beyond.

This online survey polled three separate audiences of 1,001 adult internet users in the United States in December 2019 via the Google Surveys platform. Responses were weighted using gender, age, and region to match the demographics of the national internet population as estimated by the U.S. Census Bureau’s Current Population Survey.