If you’re employed in the United States, we bet you could really use a vacation.

Did we guess correctly? If yes, that’s because there are mountains of statistics suggesting that the American workforce is particularly starved for time off.

First of all, the average American receives just 10 days of paid time off per calendar year. This figure looks particularly miserly when compared with the generous PTO averages of other countries ranking in the top five globally for GDP: China (16 days), Japan (18 days), Germany (29 days), and the UK (28 days). 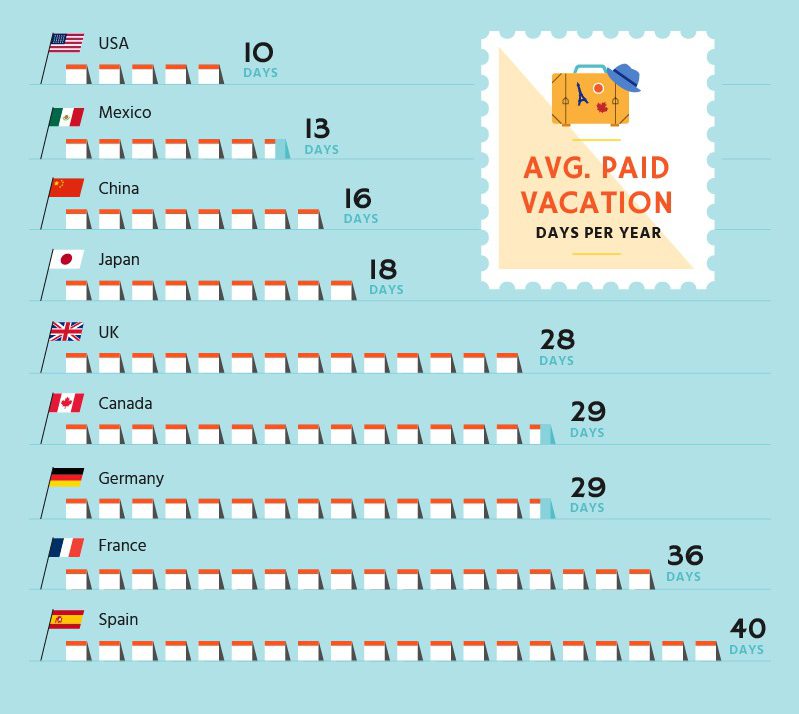 Secondly, while most industrialized nations have a federally mandated minimum for vacation days, the United States has no law whatsoever that guarantees any amount of PTO. Employees are instead beholden to the individual vacation policy put in place by their employer.

But perhaps the most startling fact of all is that some 47 percent of American workers didn’t even use up all of their allotted vacation days in 2018, citing a laundry list of obstacles, like having too many deadlines, fearing the backlog they’d return to, feeling pressured by their managers not to take time off, or feeling they don’t have funds to afford the trip they’d want to take anyways.

These trends persist despite decades of research conclusively proving that vacations are crucial for health, happiness, and workplace productivity. 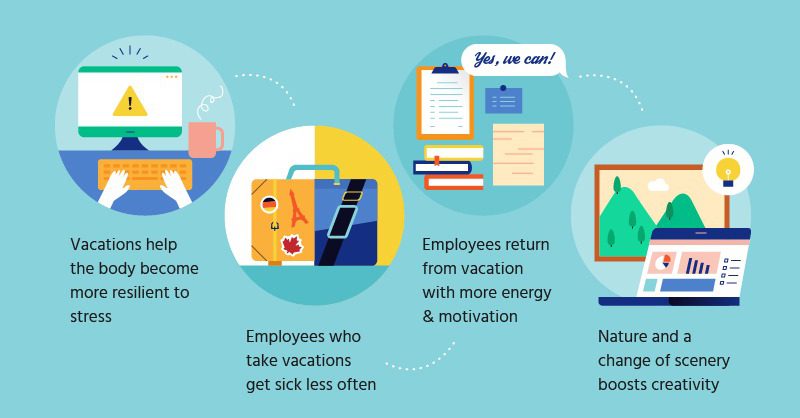 There are many parts of your personal life that should never, ever cross over into your professional life. And vice versa. But vacations are a territory in which some wiggle room may actually be beneficial.

“Workcation” and “bleisure travel” are two portmanteaus used to describe the phenomenon of traveling or vacationing without completely unplugging from the responsibilities of full-time work. And this is a phenomenon on the rise. Embraced by globetrotting, freelancing nomads and some of the most coveted employers in the nation, workcations can range from a semi-permanent way of living to a boneified company perk. 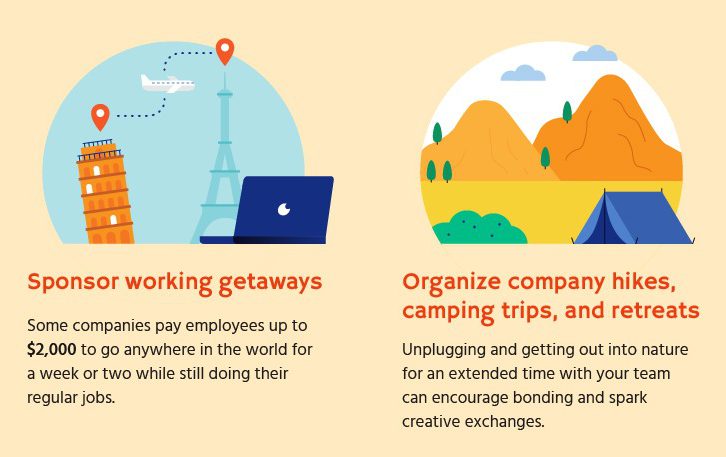 In some companies, workcations come in the form of flexible PTO. Employees are permitted to be out of office as often as they like, so long as they are performing and meeting deadlines. This could mean being gone for two weeks instead of one, but still attending to some light tasks and calling in for an important meeting. Some companies take this even further. LA-based lawfirm Quinn Emanuel, for example, gives its employees a $2,000 travel stipend to work remotely for a week or two from the location of their choice.

At other companies, workcations are company sponsored. Rather than force your employees to do trust falls or an escape room challenge, some firms will fly their team to distant locale for much cooler bonding activities like extreme sports, museum tours, or safaris. Other companies, when an important deadline is approaching, may shack part of their team up at a resort where they can work hard and collaborate in luxury.

If the idea of a workcation, despite its supporters, still sounds like an oxymoron to you, that may be in part due to how we talk about job satisfaction.

First used in the 70s in the UK, the term “work/life balance” is today one of the most common frameworks used to talk about the friction, or ideally a lack thereof, between our professional, personal, and familial pursuits. Though useful, this metaphor has its shortcomings. In this conception, “work” and “life” are diametrically opposed spheres in competition for your time and attention. The realities of one sphere bleeding into the other constitutes a transgression.

Because “work” and “life” have for many years been discussed as binary forces, the thought of a working vacation rubs many people the wrong way. Workcations have been called “the saddest sign of our times” and an “anxiety trade-off.” After all, when our vacation days on the whole are so preciously few, haven’t we earned a bit of time to go completely off the radar?

No one is arguing against the merits of having time to completely unplug from the demands of working life. But in a nation where 66% of people are working during their time off anyways, perhaps it’s time to think about how employers might foster workplace cultures in which no one feels resentment about cracking open their laptop during vacation.

Workcations come in many forms, but most every company that has policies open to working vacations seems to share a belief in the value of flexible time arrangements and the correlation between vacation time and employee happiness. In any case, the secret to an enjoyable (rather than resentful) workcation is a company culture in which employees are trusted and encouraged to manage their time as they see fit.