For most of the world, China isn’t the easiest country to visit. But all the challenges of getting your visa, organizing your hotel stay, and grappling with the Chinese internet are worth it if you get to see The Great Wall of China – a structure that truly deserves its distinguished stature as one of the “New Seven Wonders of the World.” Its historical and architectural importance rivals the most celebrated cultural sites in the world.

The Great Wall of China stretches from the east to the west of China with a length of nearly 13,170 miles. The wall encompasses grasslands, plains, mountains, deserts, and plateaus – truly a marvelous feat of human engineering. It stands as the longest wall in world but it wasn’t built to make the most out of the amazing views – it was built as an ancient defensive structure.

History of the Structure

It was originally built to keep the Hun Hordes from invading China, and now it has become an international destination for travelers all across the globe. Set in Northern China, the Great Wall is a joint effort by various Chinese dynasties and political powers to protect the country’s borders and the silk road trade. Dubbed as the “Greatest Human Feat in History”, the blood, sweat, and tears of the many workers built the Great Wall and it stands today as a testament of how even primitive materials can withstand the test of time.

Going beyond a mere barrier, the Great Wall is an integrated military defensive system that was well ahead of its time. Beacon towers, fortresses, and watchtowers were built into strategic areas of the wall. Even now that almost 30% of the wall is gone because of human damage and natural erosion, these battlements can still be seen in certain areas.

Most of the wall that can be seen today was built during the Ming Dynasty. The Great Wall starts at Hushan in the east, then passes through Liaoning, Hebei, Beijing, Tianjin. Shanxi, Inner Mongolia, Ningxia, Shaanxi, Gansu, Qinghai, and ends in Jiayuguan Pass in the west.

Prepare for a big crowd (a really big crowd!) when you visit the Great Wall. During the peak season, tourist numbers reach up to 70,000 daily. In 2001, the most visited section was Badaling Section, which drew in 63,000,000 tourists.

The sights at the Great Wall are really magnificent but some areas are more popular than others. Here is a list of what to expect in the different parts of the Great Wall: 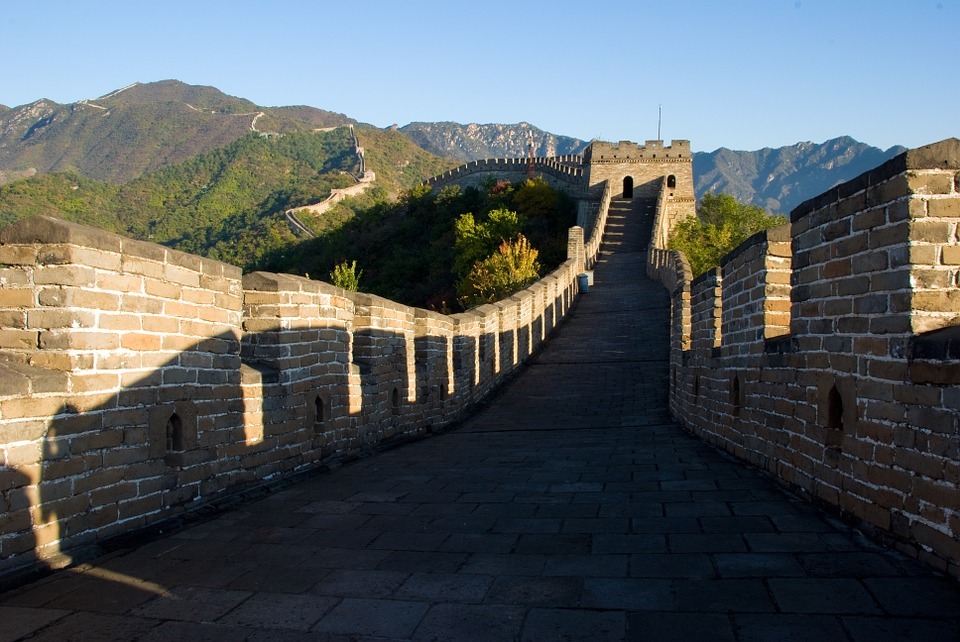 If you want to see well-preserved wall relics of the Ming Dynasty, the areas of the wall near Beijing should be your starting point. The most fully restored part of the Great Wall is Mutianyu, making it extremely suitable for families. It is just an hour and a half away from Beijing and is ideal for both hiking and sightseeing. There are also cable cars and total tour time takes half a day. Badaling is the most popular area among Chinese tourists, so expect to see large groups of people. Just two hours away from Beijing, Badaling also has cable cars for easy ascent and has some wheelchair access. The Great Wall Museum and a circular-screen cinema can also be found near the site. Tour takes about half a day.

Juyongguan features some of the best forts along the Great Wall and is known as one of the greatest forts that have been used in the defense of ancient Beijing. This is also the section nearest to Beijing at just an hour and a half drive away. Handicapped travelers will be glad to know that this area is the most accessible for wheelchairs. Hiking and touring the entire section will take anywhere from 1 to 2 hours.

Huangyaguan is the site of the Great Wall marathon race that takes place yearly during May. Set in Tianjin’s Ji Country, Huangyaguan is just 3 hours away from Beijing. Sightseeing buses can reach all the way to the mountain top and touring time usually lasts for about 2 to 3 hours.

The most popular hiking route in the Great Wall can be found along Jinshanling. Hiking routes run from Jinshanling to Simatai, taking advantage of passes that are half wild and half restored. Most travelers say that this is the most beautiful section of the wall. Tour time usually takes a day and a cable car can also be found in the vicinity.

Simatai, a World Heritage Site, is said to have the most architectural significance among the different areas of the Great Wall. This section incorporates the characteristics of all the different sites, making it a must-see for those who want to experience the best of the wall. Situated just 2 to 3 hours from Beijing, Simatai has cable cars and battery carts. It also features boats and zip-lines – creating a well-rounded adventure for all kinds of travelers.

The steepest section that features the most challenging hike is Jiankou. This section is totally wild and is marked with sudden steepness, making it a favorite among serious hikers. Even with its perilous sections, the wall is surrounded by beautiful untamed scenery that provides amazing photo opportunities for travelers. Touring Jiankou usually takes a whole day.

The Shanhai Pass is situated in Hebei Province’s Qinhuangdao City. This section is best described as the part where the Great Wall meets the sea. This area of the wall is a very strategic pass during the ancient times and serves as the east end and a frontier defense of the main Ming Dynasty barrier. Touring Shanhai Pass takes about a day and this section of the Great Wall is approximately 3 ½ hours from Beijing.

A site of ancient battles, Gubeikou was one of the most important passes in the Great Wall of China. This wild section protected the Chinese from northern Mongol invaders. More than 130 battles took place in this pass, proving the strength of the wall. Now, Gubeikou stands wild and unrestored but is still suited for hiking. It is just 2 hours away from Beijing and has no on-site facilities, so be prepared for a challenging hike.

If you’re looking for a unique Great Wall experience, then take a trip to Huanghuacheng. This one-of-a-kind section is situated beside a sparkling lake. Several parts of the wall are immersed in water, creating a stunning backdrop that cannot be found in other wall passes. Aside from the lake, another attraction in this section is the Ming Dynasty chestnut orchard that has stood at the foot of the wall for 500 years.

Make sure to wear comfortable clothes and shoes suited for the season. Whatever part of the Great Wall you choose to visit, it will surely be an unforgettable experience that you will cherish for years to come!

PLAN YOUR VISIT TO CHINA